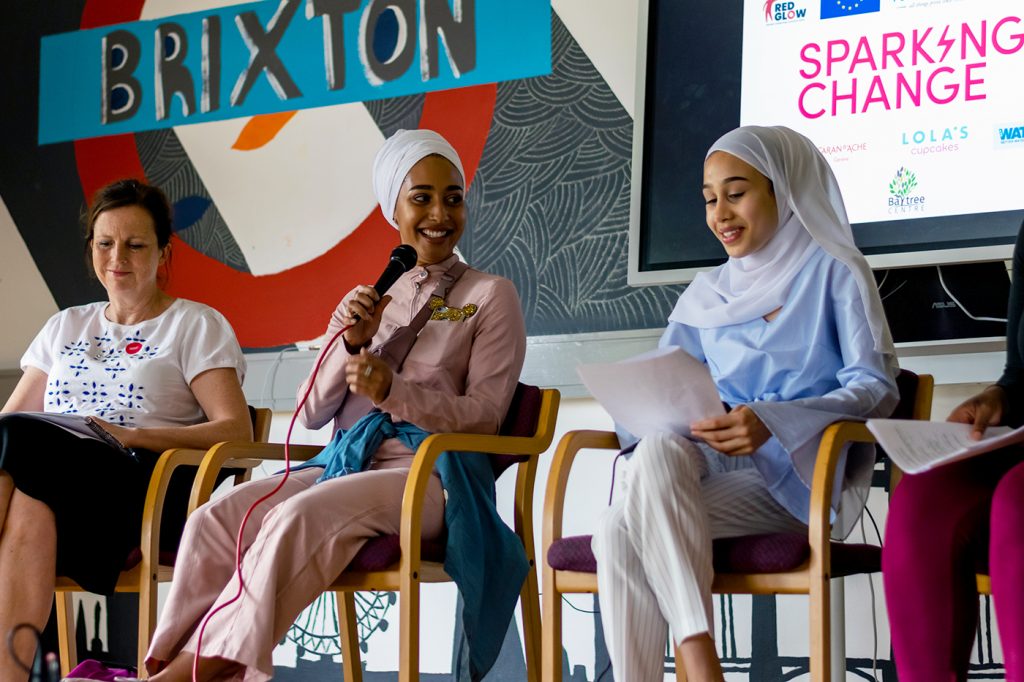 Female leadership: why is it important? And how can we be effective leaders?

We still have a long way to go to achieve gender equality across leadership roles, but practicing key skills such as self-awareness, patience and resilience can equip us with the tools to be great leaders. In light of this, Project Red:GLOW equips women with the mindset to become leaders within their work and communities. This is increasingly important during the economic fallout from the COVID-19 crisis, to ensure that women have an equal potential to succeed in this challenging climate.

Where are the female leaders?

Currently, the world lacks a representative number of female leaders, despite the fact that it does not lack qualified and highly skilled women able to fill these roles. In fact, women in the EU represent 60% of new graduates. Yet, women are still significantly outnumbered by men in most positions of power and influence across all sectors.

Discriminatory laws and attitudes, negative stereotyping and unequal access to resources inhibit women from becoming the effective leaders that they deserve to be. Specifically, critical gaps in funding and resources for education, skills development and mentorship impact the ability of young women to realise their full potential as leaders.

Introducing women to leadership roles is not a new idea. Women such as Elizabeth I, Joan of Arc, Rosa Parks and Indira Gandhi among others have fronted civil rights movements and medical breakthroughs, won Nobel Peace Prizes and ruled countries and empires. With this came diverse new ideas and perspectives, and the world today continues to need diversity.

So, what makes effective leaders?

It is one thing to be a leader, but another to be an effective leader. Traditionally, it was thought that extroverted people made the best leaders. They are comfortable in social situations and tend to make decisions quickly. However they could also learn from introverts, by honing their listing skills and giving everyone on the team a chance to express their ideas.

On the other hand, introverts often need to work on their communications skills and become situational extroverts in order to share their value effectively. In essence, both introverts and extroverts have good leadership qualities to bring to the table. Furthermore, there are several more specific factors that constitute being a good leader:

1. Self-awareness: with strong self-awareness women can both lead themselves, and others, effectively. Paying attention to what goes on within oneself can contribute to a greater understanding of what others want. Self-awareness can then bring confidence in one’s skills and abilities.

2. Resilience: as a female in a predominantly male environment, it is important not to let rejection or discouragement knock you down. Good female leaders demonstrate resilience and use disappointment as an opportunity to grow, as opposed to a setback.

4. Assertive: as a female leader, it is really important that you hold your ground – particularly in male dominated environments. However, this is about balance. It is equally as important to to remain assertive without getting angry.

5. Motivate people: a successful leader will encourage those around them, bring out the best in people and prioritise the success of others over their own. People are much more likely to try harder if praised and given constructive feedback, as opposed to being criticised.

How does Red:GLOW encourage female leadership?

Given the importance of introducing more women into leadership roles, Red:GLOW aims to equip young women aged 14 to 30 across the EU with the necessary skills, resources and mindset to become leaders within their communities and workspaces.

By empowering and inspiring young women across Europe, Red:GLOW is strengthening female leadership and helping develop these good leadership qualities. The economic repercussions from the COVID-19 crisis make this work ever more important. During the recession, it is crucial that young women still have the potential to succeed.