Supporting women and girls in Kazakhstan 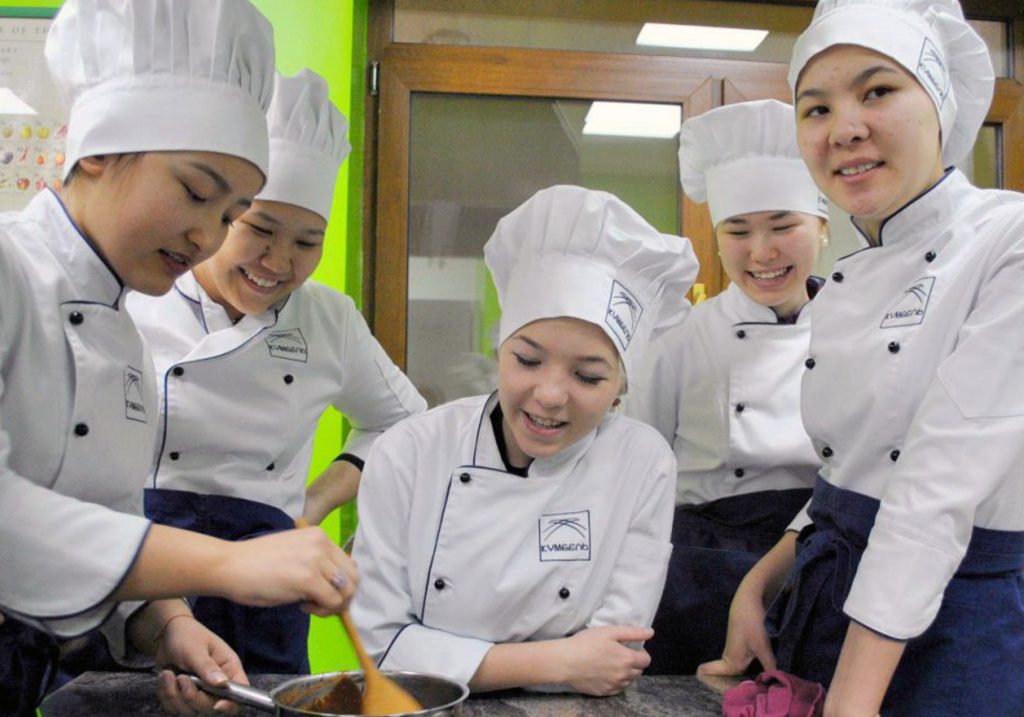 The Republic of Kazakhstan is a Central Asian country of 17 million people, most commonly associated with oil production and launching rockets from the Baikonur Cosmodrome.

When it comes to civil society, international organisations such as Freedom House have described the regime of Kazakhstan’s President Nursultan Nazarbayev in as authoritarian, accusing the state of suppressing the growth of civil society.

However, in spite of the restrictive environment they operate in, Kazakhstan’s NGOs have been successful in bringing various social issues to the wider attention of the public, and the government is increasingly willing to involve non-governmental organisations in policy-making. To add, NGOs play an essential role in the delivery of social services to citizens across Kazakhstan. Around 27,000 CSOs are currently registered in the country. They work in areas ranging from human rights to the environment, to supporting vulnerable groups such as people with disabilities and victims of violence. WONDER’s local partner Kazakhstan Foundation for Cultural, Social and Educational Development (KFCSED) is one of the relatively few NGOs working to strengthen the position of women in Kazakhstan’s society by empowering young women from low-income and rural households.

Gender equality has long been a priority for the government of Kazakhstan. The state ratified the Convention on the Elimination of All Forms of Discrimination against Women (CEDAW) in 1998 and several national policies promoting gender equality have been enacted since independence. However, progress has been slow and women in the country continue to face discrimination in their professional and personal lives, as well as suffer from high levels of gender-based and domestic violence. The World Economic Forum’s latest Global Gender Gap Report ranks Kazakhstan 47th out of a total 145 countries – despite consistently high levels of women’s health and educational attainment, Kazakhstani women remain underrepresented in public and political life, while female economic participation and opportunity have considerably deteriorated since 2013.

According to official statistics, the average woman’s monthly salary is 33% lower than that of the average man, in part because young men are more likely to pursue technical vocational training and education, meaning they predominate in the higher-paying technical fields of employment. Women, however, are often excluded from vocational education. Opportunities are especially scarce in rural areas, where the share of the population living below the poverty line is more than four times higher than in cities. Traditional attitudes toward gender roles further discourage rural women from entering the workforce.

WONDER’s partner KFCSED aims to empower women from rural areas by training them in the hospitality industry. Providing young women with the professional skills necessary to enter the labour market will not only improve women’s employment prospects but also benefit the economic development of Kazakhstan as a whole. The work of women’s NGOs such as KFCSED is particularly crucial given the low quality of vocational education in public institutions.

However, empowering women and girls requires more than just training them in technical and professional skills. Unlike state colleges, NGOs in Kazakhstan also aim to encourage young women’s personal development by educating them in conflict resolution, organisation and time management skills, emotional intelligence, as well as the national legal framework around women’s rights. In addition, Kazakhstan’s NGOs play an important role in fostering a culture of civic activism and volunteerism in a country where civil society was largely inactive for decades of Soviet rule.

KFCSED supports young women’s engagement in community initiatives addressing various social issues and trains them in social project management to ensure sustainable development of Kazakhstan’s civil society. Thus, women are encouraged to become leaders in their communities and agents of their own development.

This article was written by Olivia Darby, Director of Policy and Campaigns.