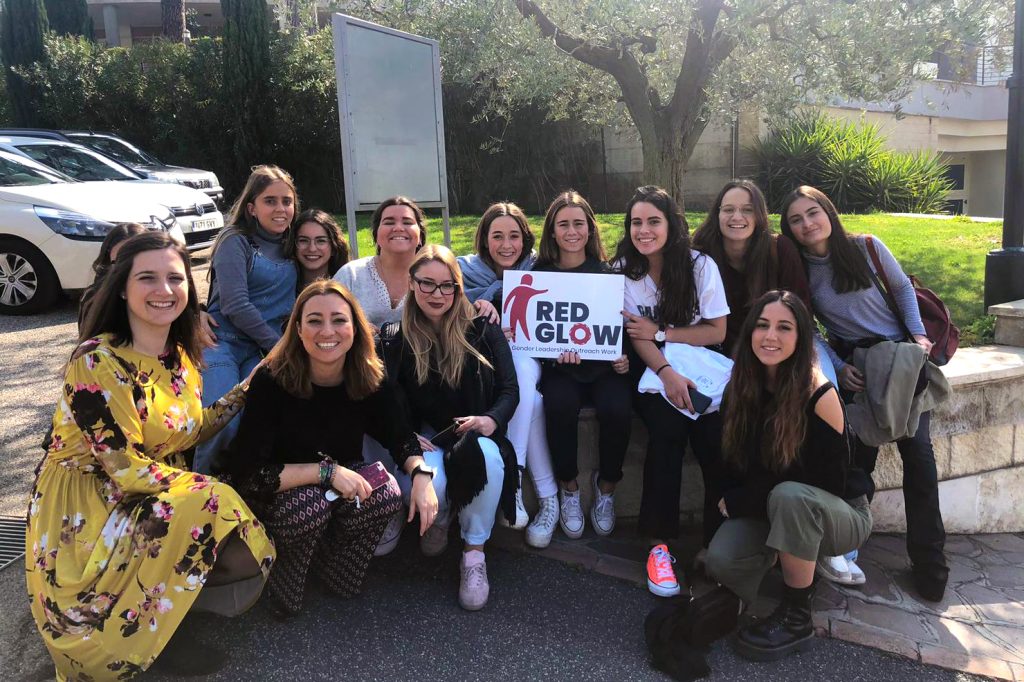 In Slovenia, barriers to women’s advancement remain. Through Red:GLOW, we are addressing these issues with our local partner and empowering young women to reflect on their skills and potential.

Slovenia has made strides in recent years by reaching important benchmarks along the way to achieving gender equality. With education attainment and labour force participation being relatively equal, Slovenia could be seen on the leading edge of gender equality. However, there is still significant segregation regarding education and labour fields, higher levels of unpaid labour for women, and continued prevalence of violence against women.

On average, girls consistently perform either equally or better than boys in academic assessment for all subjects; however, more boys pursue STEM in higher education and the pay gap in the labour market still favours men. Gender segregation in the workforce exists both vertically and horizontally, meaning that women dominate specific sectors (mainly health, social work and education) and are significantly underrepresented in the highest-ranking occupational groups. This is further exacerbated for migrant populations who generally have lower household income, more atypical working hours, less social support and worse housing conditions.

In the workplace, barriers for women’s advancement remain

Barriers in entering or progressing within the workforce are not always what we imagine. As described by professionals in Slovenia, the main barriers are family obligations and lack of formal connections. While listed separately, these can intersect with each other. When women do not have the ability to stay at work late and miss out on informal meetings and connections in the office. Research from other contexts has shown that some of companies’ biggest decisions happen in these informal, off-the-clock settings.

Although social norms have shifted and women with children participating in the workforce is generally accepted, a vast majority still believe women should put caring for their children ahead of their career. Generously paid maternal and paternal leave, government subsidized childcare and child allowances alleviate some of the unpaid care work women are socially tasked with doing. Yet, most men only use half of their allotted allowance which leaves women in an unfavourable position. If women are viewed as primary caretakers, they will continue to be seen as a liability for employers who will ‘get more’ out of their male employees.

While there are quotas that all parties must ensure 40% of nominees are women, potential male candidates are given more preparation and training from their parties and are more often elected. General distrust in the government and widespread feelings of not having a say has led to low levels of civic engagement. With non-governmental organisations and charities struggling to stay afloat, there are not many additional resources for women and other marginalised groups to turn to. Additionally, volunteering is an important method for building soft skills that can be a valuable asset when entering the job market, yet opportunities for and engagement in volunteering in Slovenia are not as high as they could be, especially for women.

Violence against women is pervasive and rooted in women’s subordinate status. While the full extent of it is difficult to gauge given the stigmatisation that suppresses reporting, statistics in Slovenia show a consistent problem that is widely left unaddressed in both policy and resolution. The majority of policy focuses on intimate partner violence, which is important, but leaves victims of other forms of violence more vulnerable. Harassment in the workplace is addressed in specific government provisions, but there is a lack of structure in place for women to report and seek recourse after being victim to harassment. Without more a more extensive network of policies protecting women from violence, greater resources allocated to survivor services and prevention methods, this problem will continue to shape women’s lives.

While the government has shown the initiative of creating policies that reflect women’s interests, there is a lot of work left to be done in order to shift the social norms that continue to limit the opportunities of women. Policies can exist, but if those with the power to implement these changes continue to fall short on fulfilling quotas, encourage male employees to play a more equal role in care work, and ensure a safe environment for women free from harassment, gender equality will remain in the distant future.

Women need to be given more mentoring opportunities, insider tips and competitive skill sets that are more often invested in men. Fundacija Sursum, our project Red:GLOW partner in Slovenia, aims to address these issues by promoting active citizenship, building skills for young women to work, and providing the tools needed to be a leader in life.