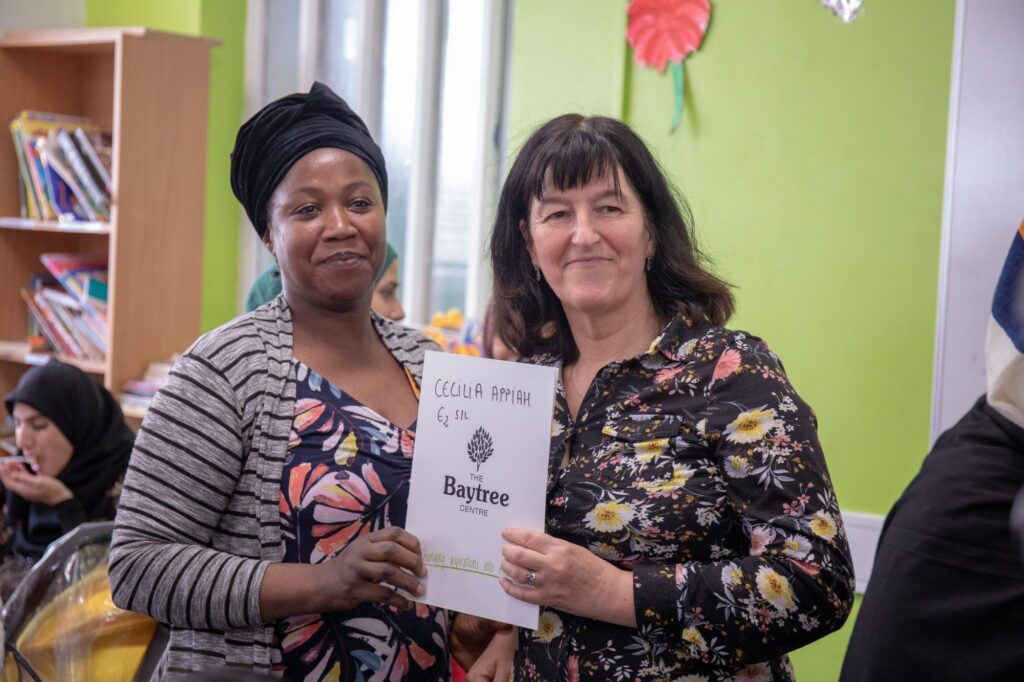 WONDER Foundation is fortunate enough that its partner programs are run by some truly incredible women.

Often these women are not vocal about the magnitude of their work, which helps transform the lives of women and girls across the world, but this does not diminish how fantastic they are. Without the work of these women who teach, coordinate, support and guide the women and girls who participate, our success stories would be far and few.

Globally, over 43 million people have been displaced from their homes because of causes such as conflict, climate change and a lack of economic opportunities. For many migrant women arriving in the United Kingdom, one of the most significant barriers they face to building a new life is learning English. Not having the ability to communicate with those around you can make the migratory experience extremely scary and isolating, everyday tasks such as taking the bus can become a daunting process. Some women are also illiterate in their native languages, creating another communication barrier that can make her more reliant on her husband and other male figures or make her vulnerable to exploitation.

The English for Speakers of Other Languages (ESOL) teachers at the Baytree Centre in Brixton provide invaluable support in helping migrant and refugee women transition into their new lives. Teachers, such as Margaret and Christina, who were interviewed for this article, recognise that like other development pathways, the importance of learning English is dependent upon background and circumstance. For example, for some migrants who have a wider community, English is not considered important because they can speak their native language in their communities. However, for those who arrive in isolation, learning English is crucial to facilitating their ability to integrate and function in society, for example, for making friends or getting a well-paid job.

Christina, who has worked as an ESOL and literacy tutor at the Baytree Centre for almost 20 years, stated that learning English can help students “become more independent and less reliant on family members to speak on their behalf”. Often women have greater responsibilities, having to balance their obligations at home with their families and communities with furthering their education and employment prospect making the work of ESOL teachers at Baytree all the more important. Christina stated that throughout her time teaching at Baytree she has been “amazed by the resilience and courage” that her students have shown in their lives. Learning English empowers Christina’s students to determine the direction of their own lives.

Margaret, the Adult Services tutor in ESOL, literacy and numeracy since 1998, stated that through her classes change is spread to the entire family as women share their newfound knowledge and confidence. She used the example of a former student of hers who was a refugee from the Iraqi-Kurdish conflict. Learning English with Margaret at Baytree had given her so much self-confidence that her husband came to the centre to thank Margaret personally. He stated that the change in his wife had “affected the whole family, as even the children realise that she is a changed woman”. He has even recommended Baytree classes to his friends, encouraging them to send their wives to Baytree for English classes to empower the entire family.

Both Margaret and Christina agreed that the most rewarding aspect of their work was seeing the confidence of their students grow as their English progresses. Christina said that, for her, “it is a privilege for me to have shared in their journey and gratitude that they have shown me over the years is always heart-warming”. For Margaret, she loves seeing “the twinkle in the eye, the smile on the face that suddenly appears on a woman’s face, and the change of posture – head up, shoulders back – that I see when she ‘gets’ something or feels better in some way for being welcomed by Baytree staff and treated with respect and affection”.

Without the work of WONDER women such as Christina and Margaret Wonder and its partners would not be able to empower women as they are able to. They are ordinary women doing extraordinary things that transform the lives of hundreds of women every year.