Home » A conversation with Maria Teresa

A conversation with Maria Teresa 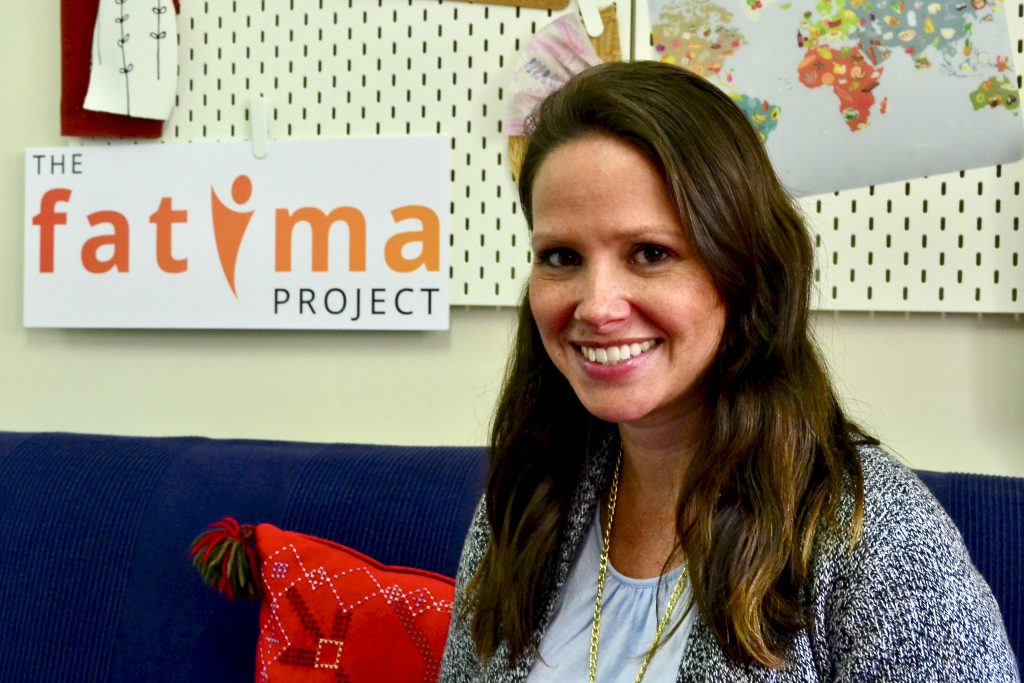 When she emigrated to Slovenia from Venezuela, Maria Teresa did not know where to begin her new life. Thanks to FATIMA project, she now feels rooted and sees herself firmly in place in Ljubljana.

Maria Teresa is 38 years old, and she is from Venezuela. Maria Teresa, her husband and their two sons (eight and five years old) moved to Ljubljana a year and four months ago. Her husband’s brother emigrated from Venezuela to Slovenia five years ago, and ever since then, he tried to convince Maria Teresa and her husband to join. She resisted the idea for many years because she was happy in Venezuela. She had a good life and a professional career. She worked as a sales representative in a private company for over ten years, and was close to her mother and extended families. However, when the economic and political turmoil got beyond control, she worried about the grim prospects of her sons’ future in the country. In 2015, Maria Teresa and her husband decided to leave Venezuela for a more secure and hopeful life in Chile, but they had a disheartening experience and decided to come back to Venezuela a year after. It took tremendous courage and risk for Maria Teresa to attempt another chance at emigration, this time in Ljubljana.

Early in 2018, Maria Teresa and her family arrived in Ljubljana. Her brother-in-law welcomed them warmly and helped to settle and arrange essential things such as housing and finding employment. Fortunately, her husband soon started working in an Information and communication technology (ICT) company where the primary language used is English. Maria Teresa took care of her sons full time. During the first four months of her arrival, Maria Teresa mostly stayed indoors not just because of the freezing and harsh winter, but also the unfamiliar environment and language made her unsure about everything – how and where to begin this new life?

When she first heard about the Fatima project through a friend, she was immediately interested and wanted to enrol. After months of feeling isolated, joining the FATIMA project was the best thing that happened for Maria Teresa as it offered her the opportunity and exposure to meet other women who were in a similar situation. More importantly, she realised that learning Slovenian was the key to her new life in Slovenia. However, because her youngest son was still too young to attend kindergarten at the time, Maria Teresa could not leave him with anybody. She explained her situation to Simona, her teacher at Sursum. Simona saw how determined Maria Teresa was to learn, and she allowed her to bring her son with her to the class. Fortunately, Maria Teresa’s son was very cooperative and well-behaving, and this permitted Maria Teresa to continue her studies uninterrupted. The first months in the programme were very challenging for Maria Teresa. She had trouble following the course, and she was intimidated by the challenge of learning a new language.

However, slowly but surely, she started to hear and catch the first words in Slovenian, and when she began to notice and read the words that she learnt in the class, the joy of learning overcame her fear. With this new passion, her learning progress took a rapid and remarkable pace. Her mentor, Belén, was a great contributor to Maria Teresa’s positive learning experience. Belén is Spanish and moved to Ljubljana 14 years ago, so she understands very well the difficulties of settling in Slovenia. Naturally, Maria Teresa asked all sorts of questions regarding life in this new country, and Belén seemed to have all the answers. Even now the FATIMA project has ended, Belén and Maria Teresa communicate regularly. For instance, Maria Teresa had an idea to keep connecting with her classmates after the project ended. She wanted to share her passion and talent in Latin dancing with her colleagues and friends at Sursum. When she shared this idea to Belén, Belén encouraged and assisted Maria Teresa to pursue this idea in a format of a weekly workshop at Sursum.

Today, Maria Teresa is giving weekly dance lessons at Sursum in the evening where she meets with her friends and teachers. Maria Teresa says since completing the Fatima project, she feels much more comfortable living in Slovenia. Maria Teresa admits that her learning journey has only just begun. However, the difference is that today, Maria Teresa can notice and seek opportunities on her own while a year ago, she did not know where to start. Today, Maria Teresa is actively looking for work in her area of expertise. She is confident that her children will become fully integrated in Slovenia and succeed in fulfilling their dreams. Thanks to FATIMA project, she feels rooted and sees herself firmly in place in Ljubljana.