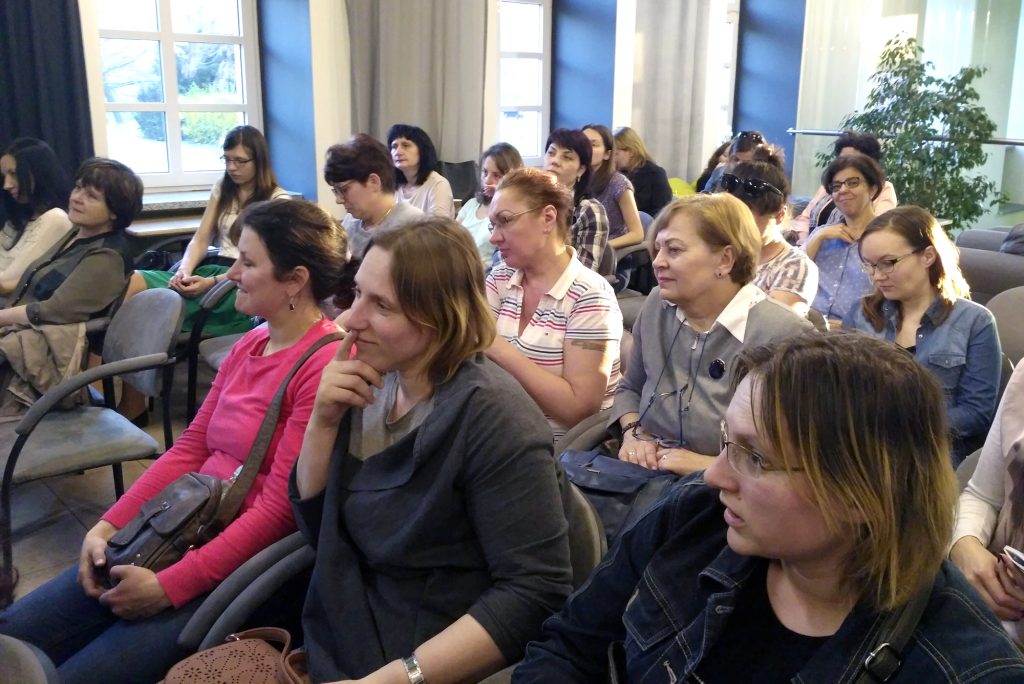 While enabling local language learning is a key step in empowering migrants to integrate, there are barriers to integrating which go beyond the difficulty of speaking another tongue.

This is something which has been experienced by FATIMA partner Panorama, in Poland, who found that many women enrolled in the programme were more than capable of learning the local language but still showed low levels of integration. Taking a flexible approach and using innovative approaches has allowed Panorama to overcome these challenges and implement a hugely successful programme.

There has long been a Ukrainian minority in Poland, but, due to Russian interference and instability in Ukraine, since 2014 2 million Ukrainians have moved to Poland, the biggest wave of migration into the European Union in recent times. Consequently, the majority of women engaged with FATIMA originate from Ukraine, as well as countries like Belarus and Russia. As they already speak a Slavic language the project implementors found that the women often exceeded the elementary level of Polish, and many scored higher in the placement test that would have allowed them to qualify for the project, leaving them ineligible for the programme. Furthermore, there was a large discrepancy between their passive and active learning competence; many of the women were able to intelligently guess the correct answers in the test but were, in reality, struggling with their Polish-speaking and writing abilities.

Panorama observed that their level of integration remained relatively low, and many of the women struggled to feel engaged in local society. Whilst they were able to go out, shop and access the services they needed, they also faced rejection because their accent identified them as foreign. Furthermore, many of the women had careers in specialised professions before they came to Poland but were unable to return to work in their chosen field because of the language barrier they faced and the portability of their qualifications. This meant they lost a certain level of agency, confidence and direction in their lives, and were left feeling isolated due to their difficulty in communicating.

With agreement from our funder, the EU DG Migration and Home Affairs, students with higher language levels were permitted to level to join the FATIMA Project. Language classes began on April 6th, 2018, and since then beneficiaries have been attending weekly language classes provided by a professional instructor qualified in teaching Polish as a foreign language.

The classes embed themes of integration and use an engaging structure. One particularly innovative approach has been their event series entitled “A Cup of Culture”, which focusses on significant Polish figures. These classes take a holistic approach to integration, recognising that simply understanding language is only one aspect of feeling part of a local community. Understanding the local culture, customs and history is also highly significant. Not only this, but the classes have also given women the confidence to use their language skills outside of the classroom, allowing them to develop new social networks and feel a sense of belonging.

Women enrolled in FATIMA at Panorama have spoken of feeling fear, isolation and solitude when they first arrived in Poland. At its inception, demand for the classes was extremely high with over 200 candidates applying. Interest has remained incredibly high and so the project implementors began recruitment for 2019 early to keep up with demand. One woman from Ukraine was keen to ensure that other Ukrainian women knew about FATIMA because it has positively impacted her life: she is now able to interact with her children’s teacher and talk with her doctor Over the coming year we are excited for more women to access the programme and gain the support and education which will help them integrate successfully and happily into Polish society.