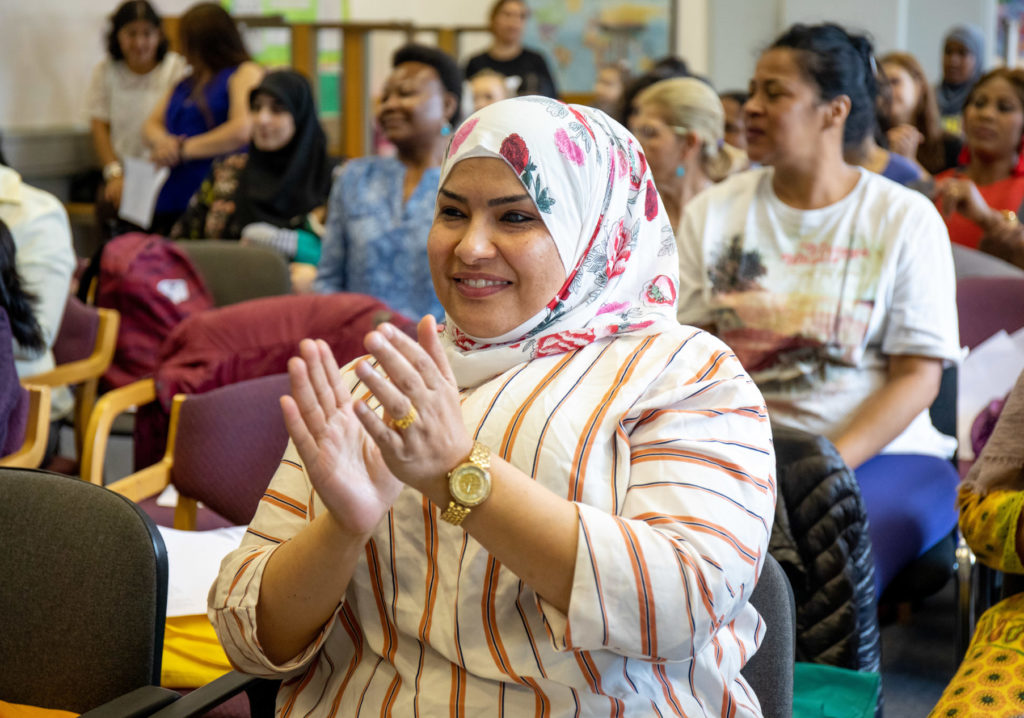 With the FATIMA project having drawn to a close, we’d like to take a moment to reflect on our achievements.

The FATIMA project was designed with the aim of integrating 210 female Third-Country Nationals (non-European citizens) in four EU host countries: Poland, Slovenia, Spain and the UK. Through language classes, mentoring, civic participation programmes and volunteering and work experience, we exceeded our targets in supporting economic, social-cultural and political integration.

Despite some challenges faced in the implementation of the project, let’s take a closer look at our success:

Many participants have credited FATIMA with improving their language skills in a supportive and friendly environment which accelerated their integration process. Language training was listed by migrant women as the most important factor for integration as it affects all facets of life. All participants completed the programme have improved their language skills and thus able to go about their day-to-day life. As a Sursum respondent reported:

The lessons also had notable psychological benefits. Participants felt a greater sense of belonging and an increase in their self-confidence as their language skills improved. The aspirations of participants at Baytree, Senara and Sursum were clearly linked to their personal and professional goals…and language learning acted as a bridge in between. Mentors provided advice and a fresh outsider’s perspective on migrants’ lives that they may otherwise not have had.

Two participants in Poland even described their mentors as their “motivators and role models” and a respondent at Baytree ranked the hourly one-on-one mentoring sessions as the most helpful support she had received from the FATIMA project. Despite initial apprehension in some cases, once participants experienced the mentorship, they soon realised the benefits.

Many women have credited FATIMA with their increased involvement in the social life of their communities, and a feeling of ‘regaining’ their old personalities. While the participants initially felt they no longer had the same kind of community support that they had in their countries of origin, most expressed positively of their new countries thanks to FATIMA’s civic engagement programme. This experience was highlighted by a woman in Poland, who explained:

Gaining knowledge of local procedures, services and customs through the programme hence gave participants a real cause for optimism. A striking insight from the beneficiaries highlighted how the staff in the four partner organisations made them feel valued.

The positive ethos adapted by our partners was characterised by a tutor at Baytree explaining her aspirations for the women participants:

Feeling known, cherished and treat with dignity by the staff undeniably helped their integration process. Project participants themselves have come up with some creative ways to ensure continuing this kind of support. Notably, in Baytree, some women previously part of the language literacy courses have gone onto volunteer as translators at the centre.

Through this, they have continued the networks and friendships they built up whilst making a contribution to the community. Ultimately, women’s lives have changed…

FATIMA has supported the crucial integration of migrant women in their new countries. While successful, this highlights the need for a long-term approach and continued support for migrant women. The personal achievements of participants must be sustained. More so, FATIMA’s success should inspire similar projects to continue in aiding the integration and empowerment of migrant women globally.